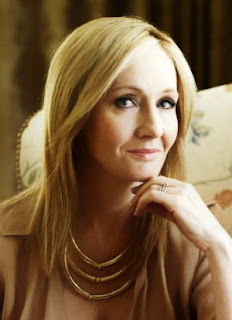 I just saw the email from Amazon and then saw this article via Yahoo.

The darkly comic novel, Rowling's first for adults, follows the residents of the little town of Pagford after the unexpected death of resident Barry Fairweather. While Pagford appears to be an English idyll, with a cobbled market square and an ancient abbey, Fairweather's death reveals that behind the pretty facade is a town at war.

Camy here: I am totally preordering this book! It’s available on BarnesandNoble.com and Amazon.com.

The best part is that I can preorder it on Nookbook, too! Woohoo!

What do you think? Will you preorder it?