January 18, 2011
Today I have Sandra Byrd here with an interview! But before we get started, here's information on the latest books in her London Confidential series for teen girls!

London Confidential is a new series for young girls. In the series, British fashion, friendships, and guys collide as an all-American teen girl learns to love life and live out her faith. The series follows Savvy's entertaining attempts to fit in during her first year at a new school in a new country. 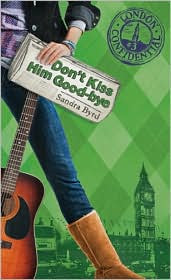 Now established in her quirky British village, Savvy works hard to get an article with her own byline published in the school newspaper. When an attractive and mysterious boy asks her for help with his school work, Savvy is slowly pulled into his circle and soon finds out that the wrong set of friends—boys and girls—can influence her own behavior. Following her own advice to cut ties with a charming bad boy would mean abandoning her dearest wishes, and it just doesn't seem as wrong as it feels. Is it? Read on for surprise twists throughout the book! 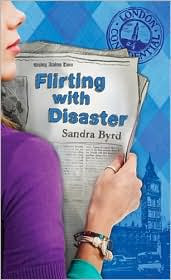 In a shocking turn of events, all writers for the Wexburg Academy Times will cast their votes for next year's editor—and it looks like Savvy's vote will be the tie breaker! She must choose between a nasty-girl-turned-nice, with a sudden interest in letting Savvy get what she wants, and the prickly Hazelle, who promises nothing at all. Savvy then finds herself wrapped up in a new, seemingly innocent but potentially dangerous activity. It's all at risk in this book: her position on the paper, the boy she likes, the ministry she wants to go well. At a critical moment, Savvy must figure out how to rely on God rather than luck and to overcome temptation before it is too late.


Tell us about your series and novels.
LONDON CONFIDENTIAL is a new Tween/Teen series where British fashion, friendships, and guys collide, and where an all-American girl learns to love life and live out her Christian faith.
The series is called London Confidential and is published by Tyndale House Publishers. Book 1 – Asking for Trouble – and Book 2 – Through Thick and Thin – both released on April 1st. Books 3 and 4, Don't Kiss Him Goodbye and Flirting With Disaster, released on September 1st.
Tell us about yourself.
After earning her first rejection at the age of thirteen, bestselling author Sandra Byrd went on to publish more than three dozen books including her widely-acclaimed adult fiction debut, Let Them Eat Cake and its sequels, Bon Appétit and Pièce de Résistance. Her new series, releasing this month, is a tween/teen fiction series, London Confidential.

A former textbook acquisitions editor, Sandra is also an accomplished non-fiction writer and author. Her articles have appeared in numerous publications such as Radiant, Focus on the Family's Clubhouse Magazine, Christian Parenting Today, Today's Christian Woman, Pockets, Decision, and Guideposts. During the past eight years Sandra has mentored hundreds of students through the Christian Writer's Guild.


Please tell us a bit more about the first book in the series, Asking for Trouble.
A nub of doubt rose inside me—the kind that popped up, unwelcome, anytime I tried to rationalize something that wasn’t exactly true or right. This time I swallowed it back. I lived in London now. It was time to take matters into my own hands.


When her family moves to London, 15-year-old Savvy Smith has to make her way in a new school and in a new country. She just knows the school newspaper is the right place for her, but she doesn’t have the required experience. Can she come up with a way to prove herself and nab the one available position on the newspaper staff at Wexburg Academy?


Along the way, Savvy finds out a lot about herself, her family, and her God and in the process she learns to love life and live out her faith.
Which character in your novel most interested you while you wrote? Why?
Oh, Definitely Savvy. It's her story and I wanted to follow it, and her, and she what kind of trouble she got herself into and how she got out of it. I identified with her, and I think most girls will, too.
Why will readers enjoy your novel?
Because we can all relate to not fitting in and because London Confidential is, I hope, fun to read. I wanted to provide a happy, hopeful read and not a heavily issues-driven series.
If you were the casting director for the film version of your novel, who would play your lead roles?
Hmm. How about Emma Roberts for Savvy, Emma Watson for Penny, possibly America Ferrara for Hazel. The guys are much harder. Blonde and British? Curly brown hair and British? Maybe we'll have to go on a talent hunt!
What subject matter or era have you not yet published about (but would love to)?
I am currently writing a series for adults set in Tudor England, called Ladies in Waiting. I have been a lady waiting to write about this time period, waiting for a long time, so I am pinching myself, if you'll excuse the cliché, that it's finally happening!
Where else can readers find you or your writing online?
My website is www.sandrabyrd.com. I'm also on Facebook and have author pages on Amazon, Shelfari, LibraryThing, GoodReads, and BooksChristian.com.