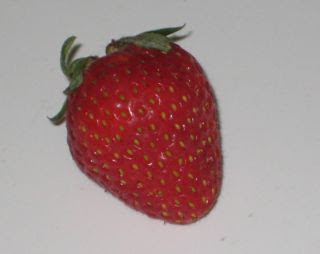 I’m amazed at how NOT HUNGRY I was today. I really had to force myself to eat today. I was hungry at dinner, but I ate a lot less than I expected to. I also chose not to eat a second corn tortilla even though I had planned my carb count to be able to have two. Instead, I ate only one.

WEIRD. I am turning into someone I do not know.

Then again, I was not given the option of eating tortilla chips as opposed to a low fat corn tortilla. I also was not offered potato chips or French fries or a bowl of fettuccine alfredo, so who knows if I would have still been this strange state of “not hungry” if given the opportunity to have a piece of French bread smothered in brie.

I’m also a bit concerned because I’m seriously under my calorie range today again. This never happens to me in my normal life. The thing is, I’m totally full. I don’t even want to think about eating more. If a pizza showed up in front of me, I’d have maybe one bite and then put it down. Seriously. (Did I mention I’m turning into someone I don’t know?) I have to do better about eating more often tomorrow, and hopefully I’ll intake enough calories.

Going low carb is HARD but it is not the seventh level of hell like I thought it would be. The first two days were torture, and I still think about carbs all the time, and last night I dreamed about potato chips, but I am also not clawing at the walls like I thought I would, nor have I threatened to kill Captain Caffeine (yet). He came close last night because he had this sudden craving for garlic bread (I mean, seriously??? Garlic bread???) and so he bought some on his way home from work! He escaped death by a mere thread, and that’s only because he never took the bread out of the package or the Safeway bag, just put it in the fridge. I never saw it or smelled it in all its buttery, garlicky, gluten-laden glory.

That’s really been my saving grace. I’m allowed tomatoes and cauliflower (oh my gosh, roasted—delish!) and bell peppers and all of my favorite stuff. I have a new favorite food, too—sauteed onions! And I’m not talking about a quick fry in the pan, I’m talking about onions that have been cooked over medium heat in olive oil for at least ten minutes until they’re golden brown and blackened on the edges. They’re fantastic!

What was also strange today was that despite my not being very hungry all day, I had a lot of energy. I got a lot of housework done today.

I also measured myself and for the first time in a year, my butt is half an inch smaller. Yay! Less of me! I’m not sure if it’s because of the low carb thing or if it’s simply because I’m just off my period and lost a ton of water weight.

I spoke too soon about the lack of detox headaches—I have one now, even though I ate the types of veggies I’m supposed to in order to keep my liver happy. Or I could be having a sinus headache from my allergies. Hmm.