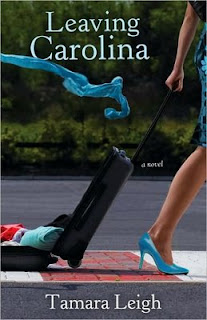 Piper Wick left her hometown of Pickwick, North Carolina, twelve years ago, shook the dust off her feet, ditched her drawl and her family name, and made a new life for herself as a high-powered public relations consultant in LA. She’s even “engaged to be engaged” to the picture-perfect U.S. Congressman Grant Spangler.

Now all of Piper’s hard-won happiness is threatened by a reclusive uncle’s bout of conscience. In the wake of a health scare, Uncle Obadiah Pickwick has decided to change his will, leaving money to make amends for four generations’ worth of family misdeeds. But that will reveal all the Pickwicks’ secrets, including Piper’s.

Though Piper arrives in Pickwick primed for battle, she is unprepared for Uncle Obe’s rugged, blue-eyed gardener. So just who is Axel Smith? Why does he think making amends is more than just making restitution? And why, oh why, can’t she stay on task? With the Lord’s help, Piper is about to discover that although good PR might smooth things over, only the truth will set her free.