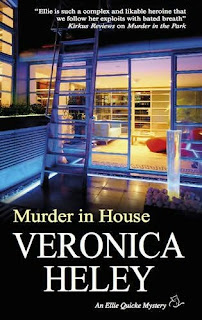 Murder in House
By
Veronica Heley

After her first husband's death, Ellie Quicke discovered that she was stronger than she'd thought. By networking in the community, she'd even solved some neighbourhood crimes. Now married to the Reverend Thomas – her best friend as well as her dear love – she was finding marriage second time round deeply satisfying, but this didn't mean she knew all the answers, especially where murder was concerned. --the tenth of the "Ellie Quicke Mysteries." 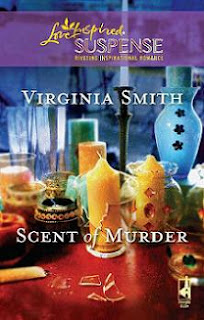 Scent of Murder
By
Virginia Smith

Everything is going wrong for Caitlin Saylor. Her boyfriend has left her. Her musical trio is disbanding. And for their trio's swan song? They'll be playing another wedding: a chance to watch someone else's happy ending. And then, unexpectedly, Chase Hollister enters the scene. The candle factory owner is handsome, charming and very interested in Caitlin. His gift of a special candle proves it. But there's something more to the candle than Caitlin or Chase suspect. Something that puts Caitlin at risk. To keep Caitlin safe, Chase must face a haunting crime from his past—and a deadly killer in the present.

To read an excerpt of these new titles go to Chapter-a-Week. If you don't belong to Chapter a Week, it's free and easy to join. Just click here.