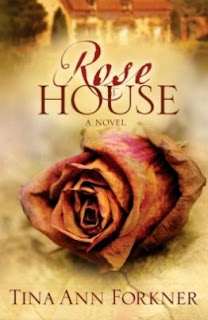 A vivid story of a private grief, a secret painting, and one woman’s search for hope

Still mourning the loss of her family in a tragic accident, Lillian Diamon finds herself drawn back to the Rose House, a quiet cottage where four years earlier she had poured out her anguish among its fragrant blossoms.

She returns to the rolling hills and lush vineyards of the Sonoma Valley in search of something she can’t quite name. But then Lillian stumbles onto an unexpected discovery: displayed in the La Rosaleda Gallery is a painting that captures every detail of her most private moment of misery, from the sorrow etched across her face to the sandals on her feet.

What kind of artist would dare to intrude on such a personal scene, and how did he happen to witness Lillian’s pain? As the mystery surrounding the portrait becomes entangled with the accident that claimed the lives of her husband and children, Lillian is forced to rethink her assumptions about what really happened that day.

A captivating novel rich with detail, Rose House explores how the brushstrokes of pain can illuminate the true beauty of life.


It seemed to be a cottage that was alive, but it was only the vines twining in on themselves and clinging to the structure that were living, not unlike the memories and feelings people had attached to the house over time, making it mean more than mere sticks, pieces of wood, nails, and peeling paint could ever imply on their own.


The camera zoomed out to trace the rose brambles wrapping along the awning, curling over the banister and into the flowering borders along one side of the porch.The rest of the house gradually came into view, filling
the scene with an abundance of roses in shades of scarlet draping the windows like curtains, then rambling across the roof, around the chimney and sweeping to the edges of the house, where they seemed to reach
out their thorny branches toward passersby.


The lens didn’t capture the woman’s form at first as it swept away from the house down toward the yard and footpath with its border of snow white Shasta daisies and purple coneflowers. It leisurely zoomed in on a mass of daisies, capturing the breeze that sent an occasional ripple through the border, until the camera was forced to pause at the surprise interruption: a foot that intruded on the otherwise perfect scene.


To the artist behind the lens it was an exquisitely formed foot with a milky white ankle and pink-painted toenails. The lens suddenly tightened its view to capture the sandal decorated with pink and white pearlescent beads and a delicate pink ribbon that wound around the ankle and tied neatly above the heel.


The camera’s focus rose to the hem of a white peasant skirt that billowed softly in the breeze. Traveling upward, the lens skimmed long sleeves of gauzy blue adorned with tiny silver beads that crisscrossed both shoulders, edging along the neckline where beads dangled from the ends of a pink ribbon tie. The camera paused on a silver cross pendant that sparkled with the morning sunrise, glinting off the red jewel nested in the center.Moving up her profile, the lens traced blond tendrils escaping from beaded combs that held back her amber-streaked hair threatening to tumble from a loosely arranged bun. The lens paused, studying the dampness of her flushed cheeks, the unsteady rhythm to which her shoulders rose and fell, how her slight body slumped forward just a little, as if she might throw herself at the mercy of the house.


She straightened, startled, when a succession of clicks broke the silence surrounding the Rose House. Rather abruptly, the lens zoomed out. She was looking directly into the camera. More clicks. Her reddened eyes grew wide as she turned unexpectedly and ran down the path toward the main house of the Frances-DiCamillo Vineyards.


The camera zoomed in on her departing figure, following her for a moment, capturing in its lens the way her glossy hair slipped from its bun and cascaded over her shoulders. After a few more clicks, the lens panned back to the house, zooming in on a flawless, wine-colored blossom. It was a perfect rose, a work of art.

Lillian dropped her camera into her pocket. She had thought she was alone, but someone else was there, taking pictures of the Rose House—and of her. Ice encircled the nape of her neck as she recalled the words of the investigators.

“You probably shouldn’t be alone until we have this figured out,” they had said. But she’d gone against their advice, not even telling them she was taking a trip alone to La Rosaleda.