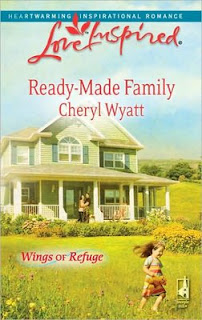 Amelia North needs refuge, and finds it—in Refuge, Illinois. Stranded there after a car wreck, the single mother expects to be cold-shouldered. After all, she's already been rejected by her parents, her church and her daughter's father. Instead, she finds a town full of people with open hands and open hearts…including pararescue jumper Ben Dillinger. Ben wants to help Amelia and her daughter find safety and stability. Instead, he finds himself free-falling—right into love with the ready-made family.