I found the "soundtrack" for my next book!

I tend to have a “theme song” for the main protagonist in each of my stories. It just helps me when I’m writing to keep to the character’s theme.

I also like listening to entire albums as “soundtracks” for each book as I write. For instance, for Only Uni, I listened to two albums—Brave and This Mystery by Nichole Nordeman. Trish’s “theme song” was “Fool For You” from This Mystery.

Right now, I’m working on my next book for Zondervan, which is a contemporary romance that will release in May 2010. I’ve tentatively titled it The Year of the Dog, but I don’t know if it’ll keep that title or not. 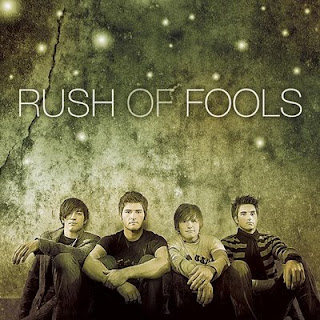 I’ve been searching for a good theme song for the hero and heroine in that book, Charles and Tessa. And I happened upon an album I’ve had a while but haven’t listened to that much, Rush of Fools.

I’m excited because many of the songs on the album touch on emotional themes explored by the main characters. Not all the songs, but several of them—enough that I can listen to the entire album as I’m writing and be inspired by it.

I’ve found the “soundrack” for The Year of the Dog! I usually set the album on repeat when I’m writing, and it’s funny how I will be writing certain scenes and songs that pertain to them happen to play at the same time.

I haven’t yet decided on each character’s “theme song,” but I’ll blog about them when I figure it out. I’m thinking that Charles’s song might be “Undo.”