The Wasabi Wednesday winner of
Awaken My Heart
by
DiAnn Mills is
Angela
Congratulations! 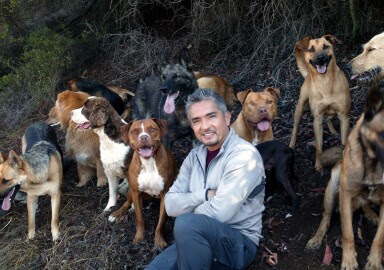 I’ve now finished both books by Cesar Millan and the first two seasons of The Dog Whisperer on DVD. I love Cesar!

Captain Caffeine and I have noticed a change in Snickers since we started watching the DVDs and reading the books. Actually, it’s probably more accurate to say that we’ve changed how we act as dog owners, and so she’s become more calm and submissive.

There’s still some food aggression and dog aggression, but we’ve been slowly and consistently dealing with it. For those two things, we needed both the books and the DVDs to learn how to handle her.

The books talk about his general philosophy for dog psychology, and the DVDs show it in practice (the TV show kind of glosses over his philosophy, while the books go into greater detail so we understand his point on the TV show).

For example, just the other night we realized that we were letting her enter our space between the coffee table and the couch in the living room. She was walking in and lying down under the table—where we put our legs—as if she owned it, not us. When we tried to move her, sometimes she’d growl and not move.

She’s better at listening to verbal commands these days (I think because I started walking her more regularly and establishing myself as a pack leader), so I told her to move from under the coffee table. She moved, probably expecting me to get up.

Later in the evening, she again tried to move under the table and I told her no. A few minutes later, I invited her next to me to pet her, and then told her to move again. Now she understands that the space between the coffee table and couch is my space and not hers.

In watching the DVDs the other night, I realized that I might need to move into her when correcting her for her dog aggression on our walks (she tries to rush the other dog and sometimes growls). She has stopped growling in past weeks, but she still pulls at the leash, and that’s not good.

Snickers can’t be more stubborn than Jordan the bulldog from the TV show, so we have hope! 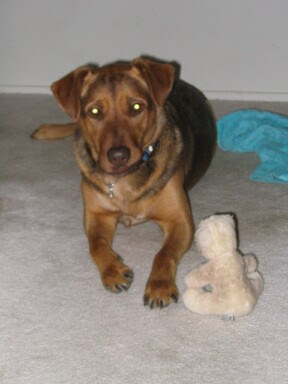