Now, I love food but I never said I was a good cook. I made a triple batch of dog biscuits, using a recipe I’ve used before. The last time I did a multiple batch, I needed two trays, so I just baked it a little longer. So I did that this time, too. 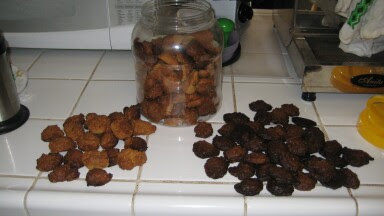 Yeah, a little too long in the oven, don’t you think?

I used this recipe, except that I used less water—only one cup rather than 1 ½ cup, and I used hot water. I dissolved the peanut butter in the hot water before adding that to the dry ingredients.

I was going to send some to my editor for her puppy, but since I caramelized half the batch, I decided not to. Next time! 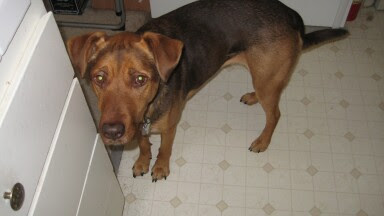 Snickers was quite interested while I was baking her biscuits.