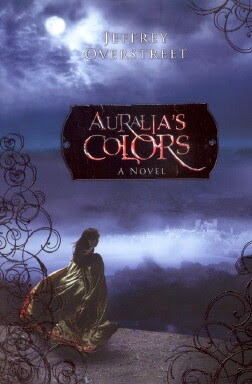 As a baby, she was found in a footprint.

As a girl, she was raised by thieves in a wilderness where savages lurk.

As a young woman, she will risk her life to save the world with the only secret she knows.

When thieves find an abandoned child lying in a monster’s footprint, they have no idea that their wilderness discovery will change the course of history.

Cloaked in mystery, Auralia grows up among criminals outside the walls of House Abascar, where vicious beastmen lurk in shadow. There, she discovers an unsettling–and forbidden–talent for crafting colors that enchant all who behold them, including Abascar’s hard-hearted king, an exiled wizard, and a prince who keeps dangerous secrets.

Auralia’s gift opens doors from the palace to the dungeons, setting the stage for violent and miraculous change in the great houses of the Expanse.

Out of all the Christian fantasy novels I’ve read, this is probably one of the best.

The language is beautiful and poetic, with some of the best phrasing I’ve read in a while. However, for me personally, at times the beautiful language detracted from the story, and when I’m reading a fantasy, I want to know about the characters and the setting, not poetry. Other readers may not have my preferences and might find the poetic language perfect for the story, and not detracting at all. This is just my own preference.

The story starts quite well, with much mystery and intrigue. I liked how Auralia is found and accepted into the Gatherers’ society. However, I thought that much of the first part of the book was too much of what was being said about Auralia and not enough of Auralia’s own ideas, thoughts, goals. It made for a very slow start to the novel.

As I think about it now, perhaps a reason the first half is a bit slow is because there’s a lot of mystery and backstory being revealed to the reader in intriguing ways. The many characters are introduced skillfully, so that I was never confused about who was who, and each character is distinct in their personalities. It makes for a very colorful, vivid cast.

I love how this book has very subtle Christian themes—so subtle that you can almost miss them. I like that the story is not allegorical—I personally don’t like Christian fantasies that are too allegorical in their storylines, and that’s a purely personal preference.

There are some violent scenes in this book that are rather graphic, so I would not recommend this novel to any teen younger than 15, and even then, only if they enjoy horror flicks.

In sum, the book is magical, mystical, colorful, and lyrical. It’s more like a dream than a story, which will appeal to some readers but not others. Fans of fantasy will rejoice at this innovative offering to Christian fiction. 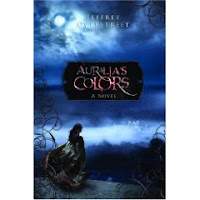