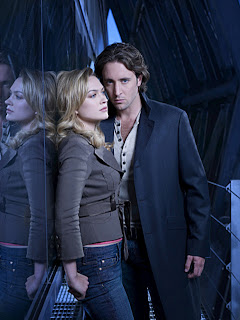 Warning: If you are squeamish in any way, shape, or form, don’t read this post.

Has anyone seen the new vampire TV show Moonlight? I’m not sure why, but I really like it.

There’s this vampire, Mick St. John, who was turned into a vampire against his will by his psycho wife—now dead ex-wife—and he’s a private investigator. He lives by a stricter moral code than other vampires and he tries to use his abilities to help people.

He once rescued this young girl from his psycho ex-wife, and now that girl has grown up. He’s in love with her even though it hasn’t yet been baldly stated, and she just (a couple episodes ago) discovered what he is.

Now, a girl who doesn’t run screaming from a guy with creepy white eyes, fangs, and blood dripping from his mouth is okay in my book.

Mick has a couple friends—a 400-year-old stinkin’ rich vampire who has a more lax moral code, and a coroner vampire who’s been pretty cool in the few short minutes he’s been on camera, despite the fact his first scene was him sipping blood from a glass beaker in the morgue.

Mick and his posse solve murders and mysteries. Right now, there isn’t really a subplot thread that ties the episodes together (unlike 24 or Burn Notice, where there’s always something happening to forward that subplot), but there is a lot of emotional angst on Mick’s side and discovery about vampires on the chick’s part. 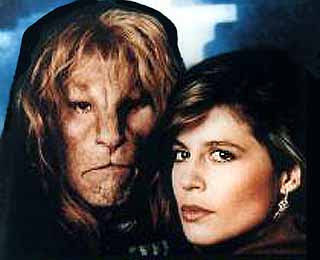 The show totally reminds me of that old Beauty and the Beast TV show with Linda Hamilton—does anybody else remember that show? Tortured hero in love with the heroine but knows it’s impossible, heroine who loves him despite the fact he’s a monster.