I love Bear Grylls. He’s the “presenter” for the show Man vs. Wild, and I’m shamelessly hooked.

He used to be in the British Special Forces, but now he gets stuck in harsh survival situations for his TV show. Since he has a film and crew with him, (although they are barred from helping him unless it’s a serious life or death situation), he’s able to take a few risks in order to show unusual survival skills, like what to do if you fall into a crevasse or into icy water.

(Like it’s highly probable I’d ever need the skills to survive on an Icelandic glacier or a barren desert.)

My husband and I are always impressed by some of the things he teaches. For example, last night he had to survive on a glacier, so he looked at the 50-mile-an-hour-winds and detected snow being blown off the edge of a rise. The snow falling would ensure soft enough texture for him to dig a hole, plus it’s in the lee of the wind. Then he dug a deeper basin in his shelter for the cold air to settle, since cold falls.

That just seemed so neat to me. Maybe it’s my biologist side coming out. 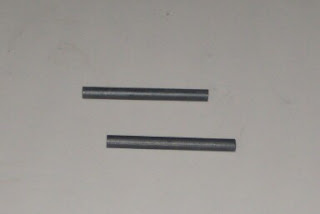 Then last week, my husband got a package. He’d ordered a Swedish Fire Steel (a flint) from eBay so he can start fires with just the flint and a knife.

I asked, “What do you need this for?”

He shrugged. “Just in case.”

I demanded, “Did you order this because of Bear?”

Guilty as charged. It must be a guy thing. Although to be fair, it’s probably influenced by the fact Captain Caffeine also watches Survior Man, another survival TV show.

I still love Bear, despite the fact he is inducing delusions of survival in my husband.