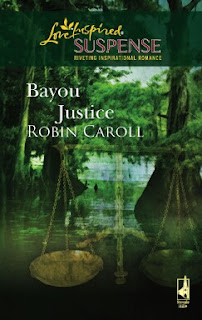 I’ll be giving away several copies of it later (when they arrive at my doorstep), but for now, here’s the blurb:

Alligator conservationist Coco LeBlanc knew real fear when she found a body in the clutches of her beloved beasts. Fear turned to horror when she saw that it was one of the Trahan clan—and he'd been shot in the back. Her ex-boyfriend, Luc Trahan, had dumped Coco two years ago when she refused to give up her family's centuries-old voodoo traditions, and he didn't know about her newfound faith. Now, as they and their families become prime suspects in the grisly crime, they'll have to work together to clear their names before the Cajun killer strikes again. 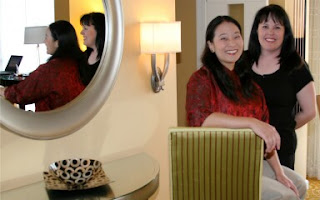 It’s all about the food! My friends will attest this is one of my personal mantras, so when Camy asked me to talk about southern cooking as exhibited in my new book, Bayou Justice, well, my mouth watered! LOL

When I selected south Louisiana, Cajun country, as the setting for my bayou series, I knew from the get-go that spicy food would play a major part of the story. It’s such a vital part of the rich culture of the Cajun people.

Just for the record, drowning something in hot sauce or red pepper doesn’t make it Cajun! LOL True, south Louisiana cooking is more about the combination of spices used to enhance the natural flavor of the food. But yeah, we do like things on the hot and spicy side! LOL

To clarify, here are a few basics regarding Cajun cooking—

Roux is a flour base used to make soups, sauces, etc. Gumbo is a soup (made with a roux start) with okra, veggies, rice, and meat (usually seafood). Bisque is a seafood sauce (again, started with a roux) that is creamy. Jambalaya is and rice and meat dish. Fricassee is a stew, again started with a roux. And etouffee is a type of smothered stew, started with a roux. Boudin is a meat and rice mixture shoved into a sausage casing. A cochon de lait is a pig roast, normally the whole pig roasted on a pit and is considered a social occasion.

When I was writing Bayou Justice, I wanted to show the love of food and culture the Cajuns have. Crawfish boils, sucking out the head of crawfish, are quite common, and are socially acceptable! LOL (I had to clarify that as even in central Arkansas, sometimes sucking the heads of crawfish can be considered “gross”) Weaving in the food of the area added flavor to the setting of the bayou series, firming up that these stories could happen nowhere BUT in south Louisiana.

Camy here: YUM! Thanks for being here, Robin!