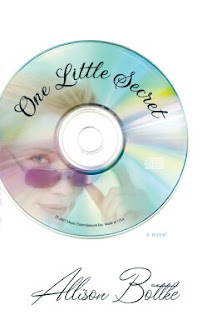 Today I have an interview with Boomer Babe Allison Bottke talking her latest novel, One Little Secret.

In a land of glitz and glamour, Ursula Rhoades isn’t fazed in the least by the constant parade of Prada and Tiffany’s or the high-profile celebrity sightings. A beautiful home, a loving family, and fulfilling volunteer opportunities leave this fashionable and loving Bel-Air housewife completely content, even if she did have to give up her dreams.

Nikolai Prevelakis, or Nik Prevel to his fans, is the hottest young music star in the country. But it isn’t enough. Handsome, famous, and living the life of a rock star, Nik isn’t content. When his path crosses Ursula’s, he sees the opportunity he’s been waiting for.

But what seems like a harmless little secret changes their lives forever—and becomes one big secret everyone’s trying to figure out! 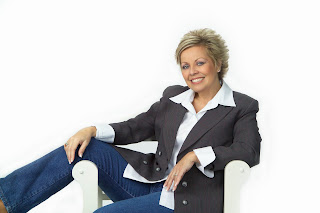 And now, here’s me and Allison!

How did you come up with the story idea for One Little Secret?

The idea actually germinated from a television interview I saw with Meryl Streep well over a dozen years ago. I think maybe it was with Larry King. She said she would love to work on a film where she got to sing. I’ve heard her sing and she has a fabulous voice (Alas, Prairie Home Companion didn’t do her justice.)

I’ve always wanted to work in films and from that interview I began to write a script for her…figured I’d create a role she couldn’t refuse. Nothing like starting at the top of the Hollywood food chain, eh? I mean, seriously, Meryl Streep? But the more I though about it, the more the ideas came. I called the screenplay, JUST A HOUSEWIFE, because as the lead character, she would be anything but.

When Bethany House asked me for another novel after A STITCH IN TIME, I remembered this screenplay gathering dust on my shelf and pitched them the idea. And voila! Just a Housewife became One Little Secret.

As an FYI to your readers, because I still dream of Meryl Streep playing the lead of Ursula Rhoades, I’ve developed a Hollywood Casting Call Contest on my web site where folks can vote for their favorite actors and actresses to play Ursula and Nik and some of the other cast of characters from One Little Secret. It’s a whimsical contest but if the book is actually ever adapted to a screenplay, I’m going to award the person who best guesses the actual movie cast with an all expense paid trip to Hollywood. They can check out the contest here: http://www.boomerbabesrock.com/onelittlesecret_castingcall.htm

What's your favorite scene from One Little Secret?

I have a few, but if I tell you my most favorite I’ll give away the one little secret. :) So I’d have to say all the scenes where Nik and Ursula get to sing the classic American standard love songs are my favorite scenes. Songs like “As Time Goes By,” “What a Wonderful World,” ”La Vie en Rose,” “Time After Time,” and “You’ll Never Know Just How Much I Love You.” I absolutely love those classic love songs, and as I wrote those scenes I could see them singing together in Nik’s lush and lavish Malibu studio. I could even “hear” the music.

I think that ice cream ought to be a food group. If you were an ice cream flavor, what would you be and why?

It’s not a food group? Don’t spread that falsehood! :) I’d want to be something with coffee and caramel in it – and maybe crunchy sugar-coated pecans. Kind of a mocha butter pecan praline kind of a concoction. Why? I have no idea. I guess if I really have to come up with a “why” it would be because I can’t eat ice cream anymore and I miss it. So I’d gladly “be” any flavor.

In case your readers want to know why I can’t eat ice cream anymore – it’s because after having gastric bypass surgery in 2000 and losing 120 pounds, I still can’t eat anything with milk and butter fat combined – and what is ice cream if not milk and butter fat? Sherbet, that’s what, and it’s not the same. :(

Aw man! I’m so sorry to hear that. I truly feel for you.

You may not know, but a few months ago, I got a darling pink (yes, PINK) Dooney and Bourke purse (on sale, natch) that is my first real foray into designer couture. What's your current purse designer, and what would be your dream purse?

I developed an addiction a few years ago to a purse designer out of San Francisco named Mary Frances. I have a few Mary Frances handbags in my collection and they are each like little pieces of artwork. “Little” being the operative word—big enough for a compact, driver’s license, credit card and lipstick. Oh, and maybe a few business cards and an ink pen. But as for a dream purse, I’d have to say I’d love to have something elegant and classic from Hermes.

I love ethnic food--I've tried a bunch and have yet to try an ethnic cuisine I didn't like. Do you have a favorite ethnic food?

It’s a toss up between two—sushi and Indian food. I love unagi (eel) and shrimp rolls and California rolls and tempura (battered, deep fried veggies) rolls. All the “rolls” aren’t really sushi, if you ask an expert, but unagi qualifies, right? And chicken tikki masala with naan bread is a major feast!

Because of my surgically altered stomach, I can only eat small portions and must focus on protein first—so anything with fish or chicken is at the top of my list. It’s a major pain in the you-know-where to always be consciously aware of everything I eat—but alas it’s one of the perks of maintaining this newly acquired girlish figure of mine (ha-ha, yeah, right…girlish?)

Wow, that was hot? Piece of cake! I’d like to invite readers to send me their feedback on One Little Secret—I really do want to hear what they think of my second novel. I totally changed POV, so for those who have read A Stitch in Time, which was written in first person POV, I’d like to hear what they have to say about One Little Secret, written in third person POV. I’d also like to know what your readers think about this new genre we are calling “Boomer-Lit.” We’ve set-up a book discussion group on our web site—please visit us at: http://www.boomerbabesrock.com/bookclub.html

But as for my “parting words,” I’d like to encourage your readers to be bold and to never give up on their dreams. I’m a 52 year old boomer babe who was 45 when my first book was published. I am doing what I’ve always dreamed of doing and I’m here to say that fairy-tales can come true and with God all things are possible! Thanks, Camy, for allowing me to visit with your readers in Camy’s Loft! Have a blessed day.