My plane was leaving Atlanta at 4:45 pm, so I had a few hours to kill before heading over to the airport. I went and took some pictures of the ICRS floor: 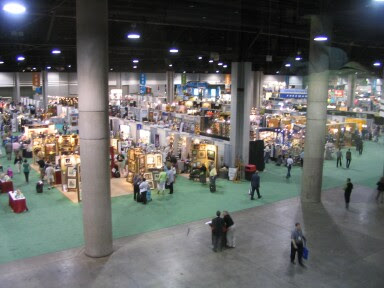 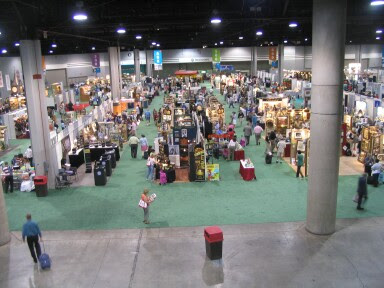 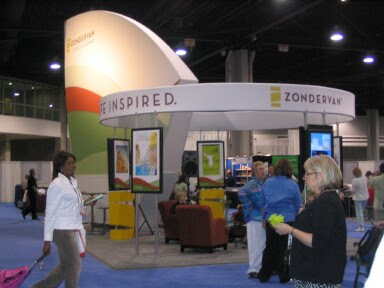 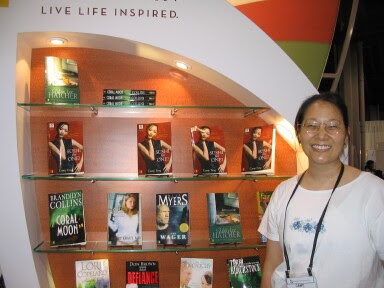 On your way down to the conference floor, you have to use four elevators going down to the exhibit hall level. Zondervan made a huge banner for the 2nd elevator, and guess who’s on it with her name even bigger than Karen Kingsbury??? 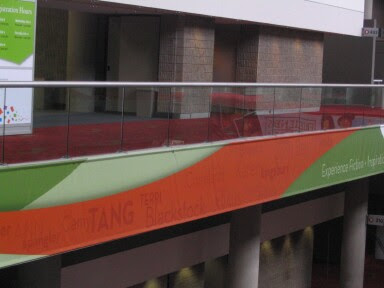 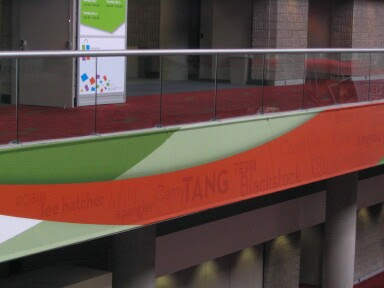 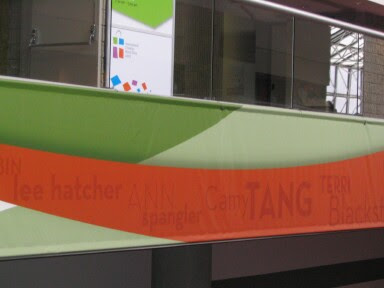 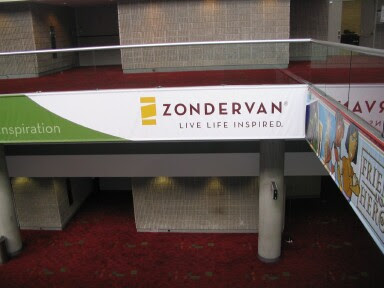 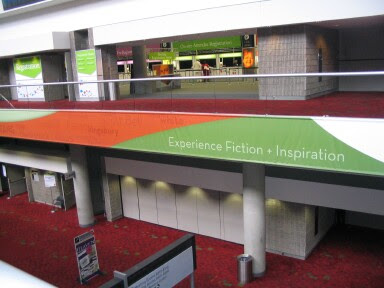 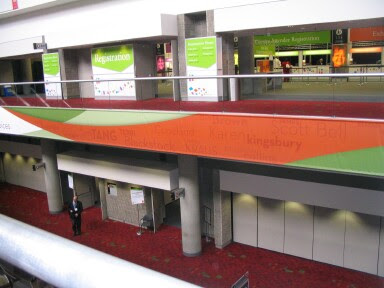 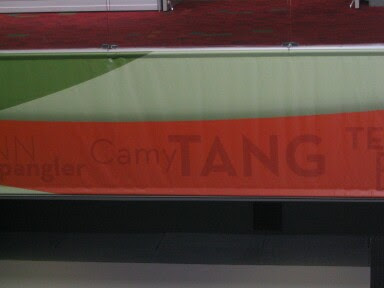 Um, yeah … I kind of took a lot of pictures of MY NAME BIGGER THAN THE SIZE OF MY CAR!!!

Update: My husband mentioned that the above might seem like crowing or bragging. I hope it didn't come across that way. I was just awed and excited at what Zondervan has been doing for me, a mere debut author. I feel very blessed in the publisher God has given to me.

I chatted a bit with Kay Marshall Strom, who is just the nicest person. I also saw Rachelle Gardner (my macro editor), her friend Vicki Caruana, and Jenn Doucette. We had a lively conversation about what to give and NOT to give your children’s teachers for Christmas.

For all you parents, mugs and figurines are OUT. Staples, OfficeMax, Barnes and Noble, Borders gift certificates. Staplers since they have a tendency to grow legs and walk away. Same with three-hole punchers.

I happened to meet up with Ane Mulligan and my new friend Nora St. Laurent, and we had the funnest lunch in the convention center. On the way out, we met up with Andy Meisenheimer (my Z editor who’s not my editor) and chatted with him about drooling mastiffs.

I rode to the airport in the Atlanta Link shuttle and chatted with a couple bookstore owners from Oklahoma. One is a nonfiction writer, and I offered to ask around to find nonfiction Christian writers’ groups that she might want to join.

While waiting in the airport at the gate, I saw the same college guy who had sat next to me on the plane from San Jose. We spent the time waiting talking to each other. His name is Jeremy and he’s just the nicest kid. I want to adopt him. We talked about volleyball more, and knowing God’s will for what you should do.

It was an uneventful flight (thank goodness) and Captain Caffeine met me in baggage claim. My bags were out rather quickly, too!

When I came home, Snickers’ butt was wiggling at 200 wiggles per hour and she wanted to lick every square inch of me—very gratifying to be welcomed home this way. Yesterday, she stuck close by me all day as if she were afraid I was going to leave again.

Guess I shouldn’t tell her about the Oregon Christian Writers Conference at the end of the month, eh?