Many of you know that my husband, Captain Caffeine, roasts his own coffee. I thought I’d show you a few pictures.

Here is his coffee roaster. Yes, it was an air popcorn popper in a previous life. It’s actually a special design of popcorn popper in that it has vents on the side of the column instead of at the bottom, where most air poppers have their hot air vents. 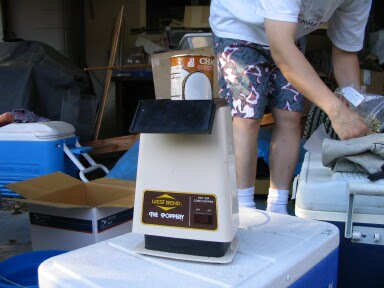 He stuck a can (top and bottom removed) to extend the column so beans don’t come flying out of the popper. 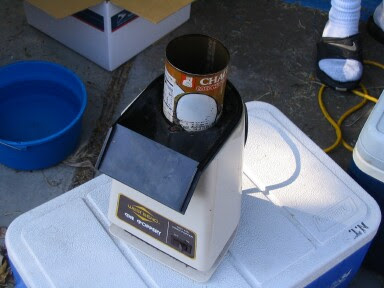 Here are the green coffee beans.

They’re a rather sickly yellow-brown color. However, the advantage of keeping green coffee beans and roasting them as you need them is two-fold:

2) Green coffee beans can be bought in bulk because they’ll last up to a year in storage without getting stale. Roasted coffee is only good for a few months, at best. 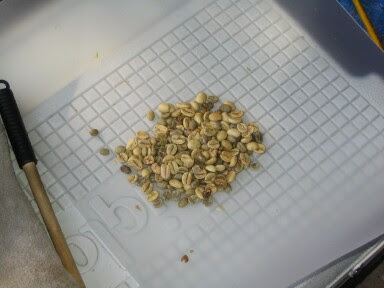 Here’s the coffee in the roaster. 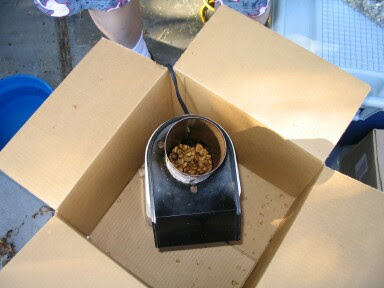 Captain Caffeine stirs the coffee every so often. 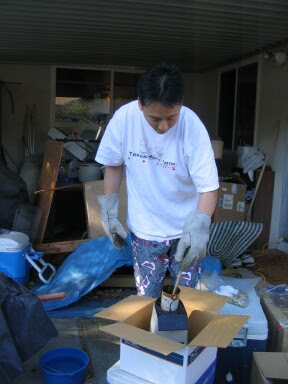 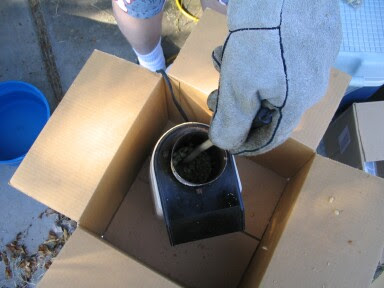 Captain Caffeine has to rapidly cool the coffee as soon as it reaches a certain point, so he pours them back and forth between two sieves, which are really supposed to be for straining soup but he got them at Goodwill for cheap and they work great. 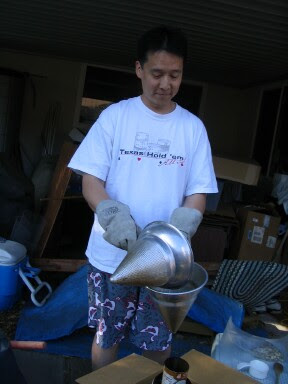 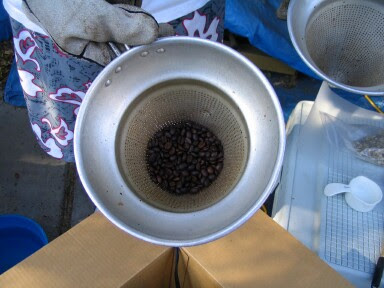 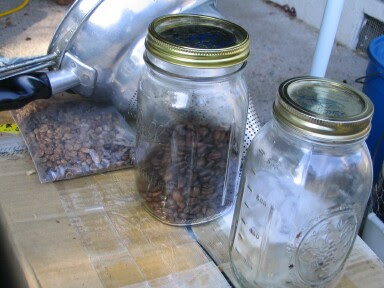