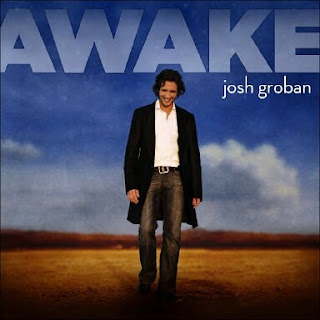 ChristianFictionQueen generously gave me her extra copy of this CD to listen to. I’ve listened to it a few times now, so that I can give an honest opinion of it.

The songs in Italian or Spanish or whatever language he’s singing in are absolutely beautiful. The first song, “Mai,” is gorgeous. Of course, I have no idea what the songs are about, but they’re pretty.

The songs in English are nice musically but I have even less idea what the songs are about. That’s why I had to listen to this CD a few times. I still have no idea what some of the songs mean. I think I’ve given up trying to figure it out.

Am I just a music Neanderthal or something? I’ve listened to “February Song” a dozen times and I have no idea what it’s about. The music is beautiful, but the words stump me. The other songs are sweet, but I listen to the lyrics and go, “Whaaaaaaaat?” I get only a fuzzy idea what he’s singing about.

I didn’t like the last song at all. It’s this retro funk 80’s sound that doesn’t appeal to me.

Overall, I’d give this CD a 3.5 out of 5. Not that I’m a music connoisseur, but since I’m a writer, the English lyrics kind of killed those songs for me since they’re just vague and make very little sense to me. I imported the CD into my iTunes, and I only play the non-English songs when I play the album.