Win an iPod Nano! Exclusively for my newsletter YahooGroup subscribers, I have a huge contest running until January 31st! Get more info on my contest page! 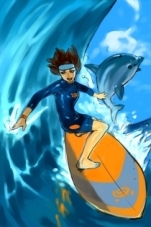 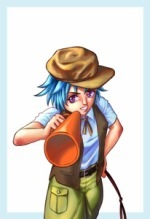 With sales exploding past the $200 million mark in the U.S. and Canada alone, manga can no longer be relegated to merely another passing fad. The Japanese-style graphic novels, which put greater emphasis on emotion and character than their American comic book cousins, seem to be particularly attractive to ‘tween and young teenaged girls. But many parents feel uncomfortable with content that often crosses the line of propriety, and are actively looking for a wholesome alternative. Dixon and Schulman said they purposefully designed their titles to appeal to parents who are searching for strong, positive role models for their daughters.

But don't get the idea that Realbuzz Studios is churning out pablum for pre-pubescent minds. Their signature titles, Goofyfoot Gurl, Hits & Misses, Life! Camera! Action! Starring Serenity, and their genre-defining character, Serenity, have even caught the attention of comic legend Stan Lee who called Serenity “…a clean, inspiring Christian comic done in a hip, contemporary way.” 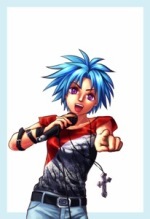 The Harvest Show is an internationally syndicated, live, one-hour daily talk show featuring relevant news and music, and spotlighting noteworthy books and authors. Through its unique network of broadcast, cable, satellite, and shortwave affiliates, The Harvest Show is accessible to more than 6 billion people worldwide. The program airs at 9AM EST, and replayed at 10PM and 2AM. Check local listings for times in your area.

Writing: I posted another article on developing your writer’s voice at my Story Sensei blog.

Well, I got snacks. Lots of snacks. I love Lunardi’s. Let’s hope it helps with the word count.

Diet: At least I exercised yesterday. That’s 3 days this week. Let’s hope I can keep it up 3 more days. Hopefully it’ll help even out the snack-fest in my feeble attempt to bribe my muse.