RITA-winner Shelley Bates joins me today in the midst of her crazy preparations for her book tour! 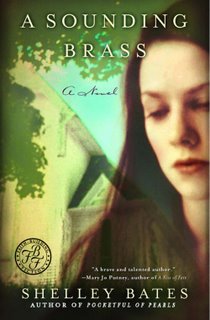 Award-winning author Shelley Bates pens the story of a sheltered young woman torn between a magnetic leader and the man out to discredit him.

Claire Montoya is drawn to handsome Luke Fisher, radio evangelist, and goes to work as his bookkeeper. Although she initially enjoys taking part in Luke's vision for the community, she begins to realize that certain things about this powerful personality don't add up. Complicating matters, investigator Ray Harper is hanging around the studio, asking disturbing questions--and making an impression of his own on young Claire. Who is right: the nationally known evangelist or the suspicious cop? And more important, to whom can Claire trust her heart? 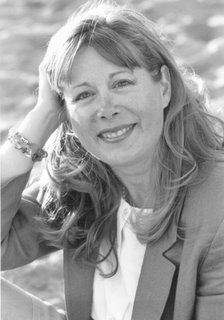 How did you come up with the story idea for A Sounding Brass?

I was browsing in the international newspapers section of Borders one day, because I’m Canadian and they stock the Vancouver Sun, and there was a huge picture on the front page with the headline, “Con Man For Christ.”

Okay, so you don’t just walk away from something like that, because believe me, you just can’t make this stuff up. This man, a radio evangelist, had come to the town my cousins live in, and during the course of his “ministry,” managed to defraud the entire town to the tune of hundreds of thousands of dollars. The pricking of my thumbs told me this would make a great basis for a story. I needed a way to bring the Elect, my fictional toxic church, to the realization that their tendency to glorify their leadership just couldn’t work anymore, and a charming, eloquent evangelist like this seemed the perfect vehicle for it.

I knew right away what the title was going to be, from the verse in I Cor. 13: “Though I speak with the tongues of men and of angels, and have not charity, I am become as a sounding brass, or a tinkling cymbal.”

A Sounding Brass seems more mystery/romantic suspense. Is it similar to Grounds To Believe (which I LOVED, btw)?

Thanks, Camy :) Grounds To Believe was the book of my heart, and every time someone says nice things about my baby, it just delights me. Yes, ASB is very similar in tone to GTB. George Lucas once said that the middle act of any play is always the darkest, so Pocketful Of Pearls, the second book in the trilogy, fits that description. It’s more of a psychological read with a mystery embedded in it, whereas ASB is a straight-ahead mystery and romance. Publishers Weekly called it an “inspirational chick-lit mystery.” It isn’t chick lit, but two out of three ain’t bad. The reviewer also said the book contained “spiritual insights coming from unexpected places,” which I was very happy about.

I know how much you love chickens—how many do you have now? How did you first get into them?

I have eight at the moment, including two 3-month-old peeps whose little voices are changing. They sound like adolescent boys—squawking and squeaking