Continued from Mount Hermon recap, part 5:
In the coffee lounge, Sarah had to leave to teach her Night Owl class, and so Chip left, too. I joined some other friends gabbing, and then I went to the dining hall to get hot tea.

There weren’t many people in there chatting, so I zeroed in on the caffeine. Then I heard a voice, “Camy!”

Chip sat at a round table with three other women, one of them Laura Christianson (my blogging buddy and classmate in the Media Mania class). I met Jenn Doucette, who is a long-time friend of Chip’s, and Karen Kennedy. All of them were from the Seattle, WA area.

Chip waved at me to sit down. I did. (What can I say, I’m a lemming.) He introduced the women.

Wow, Chip MacGregor just tooted my horn for me. That’s kind of cool.

The three women offered congratulations and ask what the books are about. I told them. Chip started teasing me again about Asian chick-lit. It was rather weird because I’ve only ever seen him tease Steve Laube and Randy Ingermanson like that, and I only met him an hour ago.

I turned to the women. “Let me tell you what happened in the coffee lounge when Chip first heard about my 3-book deal...” 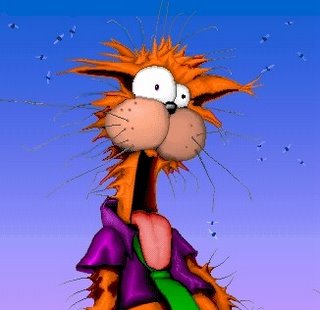 I described the “revolted jerk” reaction quite nicely, complete with demonstration. The women found it quite amusing. People turned to stare at the cackling and whooping.

Chip protested, “I didn’t do that.”

“No, maybe it was more like a nauseated shudder.” I gave another accurate demonstration.

More snickers from the peanut gallery.

So, despite my laughing-and-pointing, Chip can handle teasing. Good thing for me, huh? Since I’m not smart enough to be respectful to an editor.

Tuesday: Some marketing news I learned.