CFBA - My Name is Russell Fink

February 15, 2008
This week, the
Christian Fiction Blog Alliance
is introducing
My Name is Russell Fink
Zondervan (March 1, 2008)
by
Michael Snyder 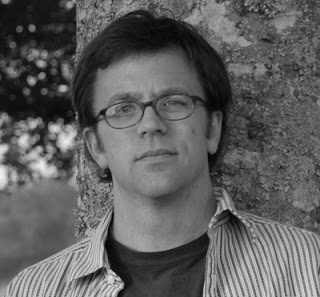 Michael Snyder has spent the bulk of his professional career in sales, has fallen in love, and continues to struggle with the balance between art and vocation. He's never investigated a murder, much less that of an allegedly clairvoyant dog. 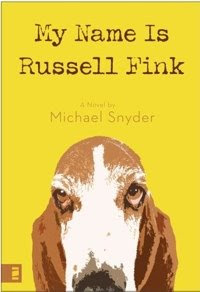 Russell Fink is twenty-six years old and determined to salvage a job he hates so he can finally move out of his parents house for good. He's convinced he gave his twin sister cancer when they were nine years old. And his crazy fiancée refuses to accept the fact that their engagement really is over.

Then Sonny, his allegedly clairvoyant basset hound, is found murdered.

The ensuing amateur investigation forces Russell to confront several things at once-the enormity of his family's dysfunction, the guy stalking his family, and his long-buried feelings for a most peculiar love interest.

At its heart, My Name is Russell Fink is a comedy, with sharp dialogue, characters steeped in authenticity, romance, suspense, and fresh humor. With a postmodern style similar to Nick Hornby and Douglas Coupland, the author explores reconciliation, forgiveness, and faith in the midst of tragedy. No amount of neurosis or dysfunction can derail God's redemptive purposes.

Michael Snyder has such a great writing voice, it jumps out at you as soon as you start reading. I was completely drawn into Russell's personality, situation, and family. The story is full of quirkiness and humor that Ray Blackston fans will love.